How to Write a Film Script 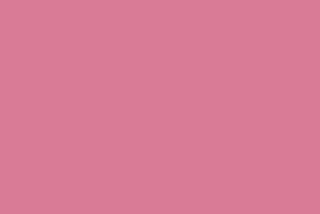 It was the unorthodox theories of quantum mechanics, born out of the 20th Century, which were later to spawn quantum computing. The concept of using quantum entities to process data and solve complex problems, much like a classical computer, can be traced back to the 1980s.

Quantum computing is still very much in its nascent stage. There is a long way to go before a usefully functioning quantum computer can be built, let alone brought to market. But advances in this new technology are occurring frequently, and no chronological record can ever be complete. What follows is an accurate timeline explaining key advances in quantum computing.

As you will discover, much of the technological progress has been made this century. Most of the major theoretical concepts were laid down in the late 20th Century.

In 1980, U.S. scientist, Paul Benioff, was the first to propose a computer which operated under quantum mechanical principles. His idea of a quantum computer was based on Alan Turing’s famous paper tape computer described in his 1936 paper.

The next year, physicist Richard Feynman, proved it was impossible to simulate quantum systems on a classical computer. His argument hinged on Bell’s theorem, written in 1964. He showed how classical mechanics fails to account for the full range of predictions arising from quantum mechanics. Feynman did propose how a quantum computer might be able to simulate any quantum system, including the physical world in a 1984 lecture. His concept borrowed from Benioff’s quantum Turing computer.

In 1985, David Deutsch, a physicist, published a paper describing the world's first universal quantum computer. He showed how such a quantum machine could reproduce any realizable physical system. What’s more it could do this by finite means and much faster than a classical computer. He was the first to set down the mathematical concepts of a quantum Turing machine, one which could model a quantum system.

Enthusiasm for creating the first quantum computer really kicked off with Shor’s algorithm in 1994. Peter Shor, a mathematician at Bell Labs, proposed a method for factorizing large integers. This had serious implications for cryptography, which relies on this operation being hard to keep codes secure. Shor’s algorithm searched for periodicities in long integers - sequences of repeated digits. It uses the quantum principles of superposition to scour for periodicities in the blindingly fast time of a few minutes. To perform this same computation on a classical computer would take longer than the age of the Universe.

With the help of Andrew Steane, Peter Shor later devised quantum codes which can be used to offset errors caused by decoherence. When qubits interact with ‘noise’ from the outside world they can stop behaving in a quantum mechanical sense, creating errors.

The following year saw Christopher Monroe and David Wineland of NIST demonstrate the first quantum logic gate, the C-NOT gate. They used trapped ions to create their gate, following proposals made by two researchers, Ignacio Cirac and Peter Zoller in 1994.

In 1996, another Bell researcher, Lov Grover, used quantum mechanics to solve an old problem: unstructured search. Say, for example, you want to match a large database of names with a long list of telephone numbers. A classical computer could only solve this problem by querying each name with a telephone number until it got the right one. If N is the number of queries undertaken, then on average a classical computer would need N/2 queries to match each telephone record. Grover’s algorithm uses the theory of quantum superposition to reduce the number of queries to √N, significantly faster. This algorithm boosted interest in building quantum computers by revealing yet another use for them.

In 2000, the first working 5-qubit NMR computer was put through its paces at the Technical University of Munich. Shortly after, the Los Alamos National Laboratory surpassed this feat with a working 7-qubit NMR quantum computer.

2001 is famous for being the year that the landmark Shor’s algorithm was first demonstrated. A team at the IBM Almaden Research Center in California succeeded in factorizing the integer 15 into 5 and 3. They used a thimbleful of a bespoke liquid containing billions of molecules. The molecules were constructed from five fluoride and two carbon atoms, each with their own nuclear spin state. The molecules worked as a 7-qubit quantum computer when pulsed with electromagnetic waves and monitored using NMR.

In 2006, scientists at the Institute for Quantum Computing and Perimeter Institute for Theoretical Physics presented a new operational standard by controlling a 12-qubit quantum system with only minimal decoherence. NMR quantum information processors were used to decode the computation. These hitherto unattained levels of quantum control led to the hope that larger quantum computers might one day evolve.

The same year, Bonn researchers took a step closer to the building of a quantum gate, the quantum representation of a mathematical rule. By using ‘laser tweezers’ they succeeded in lining up seven cesium atoms in a row, all at precisely the same distance from each other.

Also in 2006, researchers at the University of Arkansas created molecules of quantum dot pairs. These have great potential for quantum computers, especially if more complex molecules can be created.

At the University of Camerino, scientists developed a theory for entangling macroscopic objects. Their experiment employed lasers and mirrors. The results could one day lead to quantum computers operating on a macroscopic, ie, visible, scale.

2007 saw the first use of Deutsch’s algorithm in a cluster state quantum computer. Belfast and Vienna researchers studied the superposed interaction of four quantum encoded photons.

Later the same year, a company called D-Wave Systems claimed to have built the first working 28-qubit quantum computer. It was demonstrated on November 12, using a chip made at the NASA Jet Propulsion Laboratory in California. They raised the bar the following year by claiming to have produced a 128-qubit computer chip. Many regard their claims as controversial, because D-Wave use methods that are counter to using quantum logic gates.

In 2011, D-Wave Systems developed quantum annealing. Shortly after, they introduced their adiabatic quantum computer, D-Wave One. This was the world’s first commercially available quantum computer system, priced at $10,000,000.

Quantum annealing is a process where sequences of coupled qubits are set up to find their lowest energy state. Shunning the much faster Shor’s algorithm, D-Wave One instead uses a special adiabatic algorithm to solve problems. In 2012, a group of Chinese physicists were able to use adiabatic quantum computing to find the factors of the integer 143, using only four qubits. The previous quantum factorization best was 21, achieved in 2012 but by using Shor’s algorithm.

In 2013, D-Wave Systems published a report comparing the speed of a quantum computer with a high-end PC. The quantum computer ran an optimization algorithm 3,600 times faster than the desktop PC. London's Institute of Physics produced evidence that D-Wave chips did indeed act in a quantum manner.

2013’s landmark advance was the beating of the record for avoiding qubit decoherence at room temperature. The previous two second record, set the year before, was smashed by 39 minutes. The researchers also managed to keep qubits from decohering for three hours at cryogenic temperatures. Even a 39 minute lifespan would allow over 20 million quantum computations to be performed before they had decayed by 1%.

In 2015, D-Wave Systems unveiled their 1,152-qubit D-Wave 2X quantum computer. At the beginning of 2017, they surpassed this with the D-Wave 2000Q, fitted with 2,048 qubits, and sold to Temporal Defense Systems. This achievement continues their record of doubling the number of qubits on their quantum processors every two years. The more qubits, the more complex are the problems that can be solved.

Recent advances have brought the prospect of a first general-purpose quantum computer much closer. One innovation being explored is to use nitrogen vacancy doped nano diamonds as qubits. Diamond’s big advantage is that qubits manufactured from it are relatively stable at room temperature. Getting rid of the need for bulky cryogenic superconducting elements would be a major step in bringing a quantum computer to market.