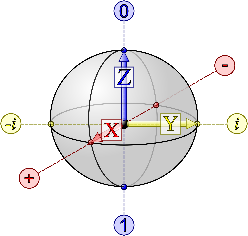 If you’re looking for a little more in-depth information about quantum-computers and quantum-computing, here are some of our favorite lectures on the subject

In this video, John Preskill talks about quantum-computing and the entanglement frontier - and how quantum information is fundamentally different from information in our macroscopic world:

In this video, the always-entertaining 1965 Nobel Prize Winner Richard Feynman gives you an introduction to computer heuristics and metaheuristics.

In the following four videos, Prof. Michael Nielsen introduces the basic concepts of quantum computing and quantum computers as part of his popular video series - Quantum Computing for the Determined:

In this lecture, Prof. Allan Adams of MIT’s Physics Department discusses the basic principles of quantum computing. The no-cloning theorem and Deutsch-Jozsa algorithms are introduced. And other topics covered include the EPR experiment and Bell's inequality: